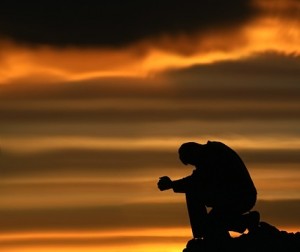 Very few people had even heard of Jabez until the release of Bruce Wilkinson’s best selling book from 2000, “The Prayer of Jabez“. Everything we know about Jabez comes from two verses tucked between lengthy genealogical tables within the not often studied book of 1Chronicles.

We are told that Jabez “was more honourable than his brothers” and that his name means “pain” because his mother gave birth to him in pain. We have his four petition prayer, God’s reply, and that’s it. That’s everything we know about Jabez.

The prayer itself is quite short, and my suspicion is that our interest in this prayer has a great deal to do with the statement which immediately follows it: “God granted (Jabez) what he requested.“

We read that, and the logical train we create looks something like this:

While the logic of that seems rather tidy, I would submit that we will be quickly tripped up if we don’t have a good handle on what Jabez’s petitions are precisely asking for, and an equally good handle on the purposes (end game) for which he makes these petitions.

This past Sunday, I unpacked the prayer of Jabez in a message entitled, “Jabez: Passion For Blessing“. You can listen to the entire message (audio below), but my conclusion was this: What Jabez wanted for himself was precisely what God wanted for Jabez. And this is why God granted him what he requested.

It’s not the case that God is like a cosmic vending machine, and if we put in the correct configuration of prayer change then we get what we want–it’s not that at all! I would argue that one of the primary aims of prayer is to bridge the gap between what we want and what God wants, until it comes to be that we want the same thing.

I regard Jabez to have wanted what God wanted. He reflected that in his prayer, and his requests were granted. It is in this sense that I encourage you: Pray like Jabez.