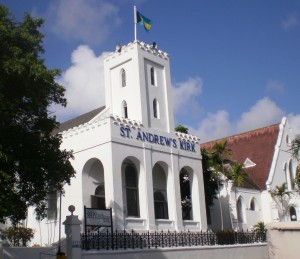 My linkedin profile informed me this morning that it has been 103 days since I last posted on this blog. Undoubtedly, this is the longest gap between posts since launching my blog in January 2008. I don’t know how to account for this silence, and I can’t even say for certain that it won’t be another 103 days before I post again. What I can say is that after a little more than 2 years of pastoring at St. Andrew’s Kirk in The Bahamas, I have never been out “in the field” more than I have been here.

I don’t know if the Lord is turning me into a missionary or simply making me the kind of pastor I should have been all along. The best theological explanation I can offer is the one I gave during an interview with Wendell Jones on his television show. Having been prompted by The Great Commission throughout my ministry, I find myself newly challenged by the first imperative, which is the word “Go” (Matthew 28:19).

In the past, I have pastored as though I were in a fortress—focussing mainly on those who were already on the inside. Today, I find myself keenly interested in reaching those who have yet to confess Christ, and those who have yet to connect themselves with a local church community. I often find myself in the neighborhood just south of the Kirk, Bain & Grant’s Town. I find myself making weekly visits to the local orphanage, Ranfurly Homes For Children. I have even found it fruitful for me to be a part of the Nassau Street Hockey League. 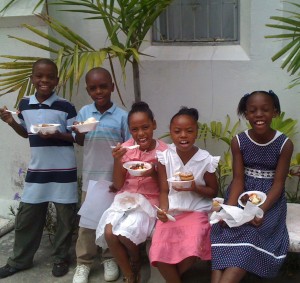 The counterintuitive aspect of this new focus is that the more we focus on those outside of the Kirk, the more we seem to be growing inside the Kirk. We remain a modest sized congregation to be sure, but I marvel on how progress on the inside can be the consequence of giving careful attention to those on the outside.

I am so proud of the Kirk’s leaders who have not only supported this ministry trajectory, but have encouraged it. This emphasis in reaching the community would not have been nearly as effective if it were only me “going” out. The number of Kirk members engaging our community is increasing and, by every appearance, it is making a profound difference in the lives of, both, those serving and those being served.

I think what I am trying to say is this: After more than 800 days as pastor of St. Andrew’s Presbyterian Kirk, I couldn’t be happier.

Many predicted that my “honeymoon” stage with this congregation would eventually come to an end—and it still may. But I’m confident that this honeymoon will transition into a relationship marked by even deeper love and concern.

I’m often asked—by those within the Kirk, and those outside the Kirk—how long do I plan on staying? Ultimately, that is up to the Lord, but my intention is to stay in Nassau a very long time.

There is much work to be done, and we’ve only begun to scratch the surface of all that God calls us to do. But I think it is important for me to remind the people I serve that I regard it to be a massive privilege, and a source of great joy, to be their pastor and friend.