I don’t need to visit cnn.com nearly as much as I used to since I came across these excellent blogs of Canadian missionaries serving in Haiti.

The Van der Mark’s blog – I worked at Muskoka Woods with Laurens Van der Mark in the early 1990s. Laurens’ wife, Cheryl, gives a detailed account of what they endured the hours immediately following the earthquake in her Jan. 19 post.

The Rumford’s blog – Grant Rumford is an advanced care paramedic who works along with the Van der Mark’s for Mission of Hope. Currently, Mission of Hope is coordinating with Feed The Children Canada (where Grant’s father is the President) to continue care and relief efforts.

Rachelle in Haiti – Rachelle is an associate director of an orphanage in Haiti and has been posting regularly since the earthquake. (It also appears Rachelle is from my hometown of Niagara Falls!).

As we remember the people of Haiti in our prayers, we give thanks to God for these faithful men and women who are providing relief, comfort, and HOPE.

As I called the people of St. Giles Kingsway to worship on Sunday, January 17, it was with these words from Psalm 71. This is my prayer for the people of Haiti:

20 Though you have made me see troubles, many and bitter,
you will restore my life again;
from the depths of the earth
you will again bring me up.

21 You will increase my honor
and comfort me once again. 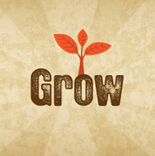 I am very much a person of routine. I am most comfortable when everything stays the same. I like the status quo.

As much as I enjoy the status quo at times, I must admit that, as I read the New Testament, I see a constant push to go beyond the status quo.

On Sunday January 17, at St. Giles Kingsway and The Well, I began a message series based on the apostle Paul’s letter to the Colossians (The audio of the January 17 message is found at the end of this post). Almost from the outset of this letter I see Paul urging the Colossians to press forward. As he does this my attention is arrested by the fact that, for the Colossians, the status quo is a good thing. Paul notes that they have “faith in Christ” and commends them for “the love (they) have for all the saints” (Colossians 1:4).

I’m challenged by that. I want to stay in my routine. I want to pause and enjoy all that the Lord has done for me and in me. But then I hear Paul saying, ‘God’s not done with you yet. You’re not yet at the finish line. You’re not sufficiently Christ-like. Keep going. Press on.’

Paul goes on to tell the Colossians what they need in 1:9—he’s praying for God to fill them with the knowledge of His will. But that’s not the end game. That’s not the destination. The destination is revealed in verse 10:

We pray this in order that you may live a life worthy of the Lord and may please Him in every way.

What we need is a comprehensive knowledge of God and His ways because it increases our capacity to “please God in every way”.

I desperately want this. I want to be in a place where the orientation of my life is focused on pleasing God. I want His deal to trump my deal. I recognize that this is what I was created for—it’s what I was redeemed for. I realize that, in order to get to this destination—in order to grow—I need to say good-bye to the status quo.

Paudler is one of two children my wife and I sponsor through Compassion Canada. Paudler lives in Haiti.

It has been more than a week since the devastation began in Haiti as the result of a 7.0 earthquake. I continue to be stunned and saddened by the reports I’m hearing—tens of thousands, possibly over a hundred thousand perished from this disaster.

I gave it a few days before I emailed Compassion Canada to see if there was any news on Paudler. The reply I received was prompt, but sobering, “we do not have any news about specific sponsor children”. Five thousand Haitian children are sponsored through Compassion.

The coverage of this disaster in the media has been extensive, to say the least, on topics ranging from the history of Haiti, to the logistical challenges of dispersing aid, to the strategies for rebuilding, to the role of God and faith. And since I am not a historian, a medical expert, or an engineer, I will confine my comments to the latter subject.

God is not absent from this disaster. He is not a helpless bi-stander. Jesus reminds us of the constant care of our Heavenly Father when He asks, “Are not two sparrows sold for a cent? And yet not one of them will fall to the ground apart from your Father” (Matthew 10:29). The disaster in Haiti did not catch God by surprise.

What shall we conclude then? Many are asking, “Why Haiti?”, “Does God hate Haiti?”. Very few of the answers to these questions I have come across have been helpful. One answer in particular, from a well-known televangelist, was outrageously insensitive. But I did come across one article written by Albert Mohler Jr. that I found to be both theologically sound and hope-inspiring.

The earthquake in Haiti, like every other earthly disaster, reminds us that the creation is groaning under the weight of sin and the judgment of God. This is true for every cell in our bodies, even as it is for the crust of the earth at every point in the globe. The entire cosmos is awaiting the revelation of the glory of the coming Lord. Creation cries out for the hope of New Creation.

In other words, the earthquake reminds us that the Gospel of Jesus Christ is the only real hope. The cross of Christ declares that Jesus loves Haiti—and the Haitian people are the objects of His love. Christ would have us show the Haitian nation His love, and share His Gospel. In the midst of this unspeakable tragedy…Christ’s people must do everything we can to alleviate the suffering, bind up the wounded, and comfort the grieving.

In the words of one of the Canadian missionaries, working on the front lines of medical relief in Haiti, “now is the body of Christ’s time to shine.”

A colleague friend of mine shared with me this morning his experience flying to Hawaii for a vacation. Shortly after refueling in Salt Lake City, Utah, the captain announced that he was turning the plane back.  One of the engines had stopped working and they needed to make an “emergency landing”.

In the minutes that followed there were additional announcements preparing the crew and passengers for what might be next. One of the announcements explained why they needed to brace themselves for what the captain described as a “hard landing”. My friend reported how this news caused the woman next to him to vomit.

Such an extreme physical reaction is not entirely surprising given the stress of the situation. We imagine what might have been going through the woman’s mind, “Is this it? Is this plane going to crash? Am I going to die in a few minutes?”

For many of us, the prospect of imminent death is not on our radar (no pun intended). But the plane you’re flying on loses an engine and that changes one’s perspective in a hurry.  The prospect of your impending demise surely evokes a variety of responses….You think of loved ones….Things you regret, things you left undone, surface in your mind….You deliberate over your contingency plans….You panic….You puke….You pray.

I can’t help but think that a person’s worldview will profoundly impact how you respond in such a situation. For some, death is the great enemy and the worst thing that could happen to a person. For others, death is the defeated enemy (see 1Corinthians 15:26, 55)—death is the transition point between this existence and the next. Convinced of this, the apostle Paul tells the Corinthians, “Stand firm. Let nothing move you. Always give yourselves fully to the work of the Lord, because you know that your labour in the Lord is not in vain” (1Corinthians 15:58).

As my colleague detailed his experience to me, I’m imagining him unmoved by the situation—not because he is naive, or reckless, but because he believes that death is not the ultimate end.

I think also of St. Francis of Assisi who was working in his garden when he was approached by a friend and asked what he would be doing if he knew this would be the last hour of his life. Without missing a beat, Francis answered, “I would finish my gardening.”

That response inspires me.

My colleague’s composure similarly impresses me. 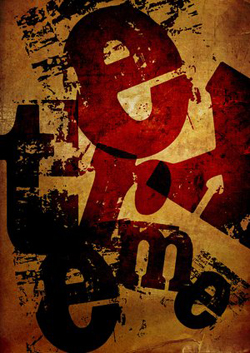 The other day I did something that every good researcher would do in my situation, I Googled the phrase “extreme Christianity”. The search yielded an astounding 7.4 million hits! In my cursory survey of about a dozen of these pages I found some scary stuff. I came across some ministries, I was exposed to some theology, that I would not want to identify with. These ministries described themselves as “extreme” versions of Christianity.

But what does the word mean? One of the definitions I came across described extreme as “exceeding the ordinary, usual, or expected”. I think this is a helpful working definition for thinking about the nature of Christianity. Read just about any portion of the New Testament and you will see a great many things that “exceed the ordinary, usual, and expected”.

There is a sense then, in which we can say that Christianity is extreme.

This past Sunday, at St. Giles Kingsway and The Well, I delivered a message on this subject while looking at Acts chapter 2. Here we see at least 3 layers of extreme Christianity:

2. An Extreme Response – 3,000 people responded to Peter’s message that day by being baptized, and becoming numbered among the early Church (Acts 2:41)

3. An Extreme Lifestyle – the early Christians devoted themselves to God and to one another in radical ways (Acts 2:42-47)

Read Acts 2:42-47 in particular and you will see a level of devotion that massively exceeds the ordinary, usual, and expected. There is no sign of a casual Christianity here. What is modeled for us here is undoubtedly extreme—not the scary extreme that you can easily find a website for, but an extreme that is an appropriate response to the extreme love shown to us by Jesus.

I’m increasingly convinced that if my Christianity is predictable, if my worship of God is ordinary,  if my helpfulness to others is common, then I haven’t taken my devotion far enough.

I want to go after the Christianity that I see in the early Church. I want my faith in Christ, my commitment to worship, and my love for people to be extreme!

Interested? Have a listen to the audio below. Then, let’s commit to exceeding the ordinary together!

The Bible says that our real problem is that every one of us is building our identity on something besides Jesus. — Tim Keller