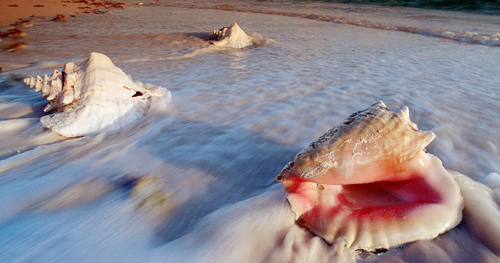 I have never lived more than a 3 hour drive from where I was born.

Just yesterday I announced to the people of St. Giles Kingsway and The Well that I had accepted a call to another congregation. Beginning in June, I will be the Pastor of St. Andrew’s Presbyterian Kirk in Nassau, Bahamas. This charge also includes having oversight with the Presbyterian Church in Abaco—an island I have yet to visit.

We did not come by this decision easily. Allie and I have been wrestling with God, and one another, on this. Through many tears we have sought to be responsive to the call of God. From those who heard our news yesterday, a few described it as “a bombshell”. We recognize that this move isn’t simply a big change for us, but we also realize that our transition profoundly affects the lives of those closest to us. And we humbly recognize the affect this move will have on the people of St. Giles Kingsway and The Well.

For those who might be curious about how this thoroughly Canadian preacher came to accept this call to Nassau, the following details may be of interest to you.

The MacPhails are not strangers to the Bahamas. While I had been to Nassau a couple of times in my youth, I hadn’t returned to the Bahamas until 5 years ago when a friend from my Ridley College years invited Allie and I down for a visit to Freeport, Grand Bahama. Through a variety of circumstances, I became connected to the Presbyterian Church in Freeport and had the opportunity to do some pulpit supply there in 2007 and 2009. In my latter visit, a few members from St. Andrew’s Kirk in Nassau flew over, having heard that the Canadian filling the pulpit in Freeport might be a suitable person to fill their pulpit vacancy. 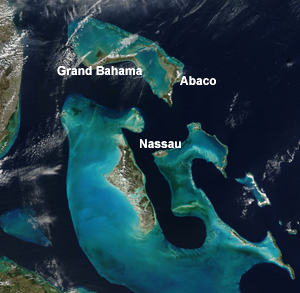 I was asked by one of the visitors from Nassau why I would want to leave my current charge. I immediately responded, “I’m not sure that I do want to leave!”

My 8 years of ministering in Toronto have been good years.  New ministry initiatives have been born. Lives have been impacted and transformed by the Gospel. I was in no hurry to transition out. But I was curious about this inquiry. I didn’t want to dismiss it, in case it was from God, and so I submitted my profile late in 2009 for their inspection.

I was told that there were over 40 applicants, and so I began to imagine that a transition to Nassau might be unlikely. Not long after that, I was informed that I made a short list of 4 candidates and that I needed to schedule a flight to Nassau in late January for a series of interviews.

In early February, I was informed that the Search Committee, and the Session—independently of one another—had unanimously identified me as the preferred candidate. Our sense was that this might indeed be God ordained, and so I accepted an invitation to “preach for a call” on Sunday March 14, 2010. On the Saturday evening, I was asked by the interim moderator what I needed the congregational vote to be in order for me to say yes to the call. I responded by saying that I needed it to be very close to unanimous in order to have confidence that this was indeed “a God thing”.

When the congregation voted unanimously on Sunday to call me, I felt compelled (in the best sense of the word) to say yes. Allie and I believe this is from God, and so we go with eager and willing hearts. We are also experiencing an acute sense of grief with this decision. Our transition requires that we move away from people we love dearly. Our transition ends the pastoral relationship I have with the members here.  My sincere hope, however, is that our friendships will carry on.

We have been treated so well by the people of St. Giles Kingsway. We are so grateful.

As our future trajectory began to come into clearer focus, Allie emailed me this verse:

You will not leave in haste or go in flight;

for the Lord will go before you,

We depend upon that, and we rejoice in that!

5 thoughts on “Preaching In Paradise – Part 2”