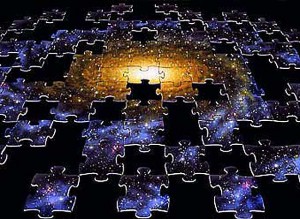 This is precisely what we see in Martha as she goes out to greet Jesus following the death of her brother, Lazarus. Martha says to Jesus, “Lord, if You had been here, my brother would not have died” (John 11:21).

Secondly, Martha’s perspective was limited in terms of space. She says, “if you had been here, my brother would not have died”. Martha’s view was that the healing of Lazarus could only happen if Jesus was physically present. Perhaps she had not heard the account of when Jesus healed a centurion’s servant without even being in the presence of the ailing person (Luke 7:1-10).

I do not mean to unduly criticize Martha here because I reckon that I might very well have said the same thing. By pointing out Martha’s limited perspective, I only mean to highlight the limitations of our perspective as it relates to God’s working in our lives and in this world. Thankfully, Martha eventually puts her trust in Jesus. After initially lamenting that He did not arrive at their house in time, she eventually confesses to Jesus, “Even now I know that whatever You ask of God, God will give you” (John 11:22).

Friends, here is a demonstration of why faith is so vital. On this side of heaven, our view of God, and our view of the way things are, will inevitably be limited. For this reason, our posture before God must be the posture of humility, understanding that there is much that we cannot see. Along with a posture of humility, we will be well-served by the posture of faith, trusting that God is capable of doing what needs to be done. This becomes Martha’s posture.

And what a merciful response Jesus gives to her, “Your brother shall rise again” (John 11:23). Jesus responds to Martha’s faith with a blessed promise—Lazarus will live again.

Even still, Martha’s perspective remains limited—she can’t seem to overcome her conviction that the time of opportunity to heal Lazarus has passed, “I know that he will rise again in the resurrection on the last day”, she says to Jesus (John 11:24). We see a measure of optimism in Martha’s response, but her optimism is tempered by her view of reality.

That’s our challenge, isn’t it? In attempting to be pragmatic, in attempting to be guided by reasonable expectations, we run the danger of settling for less than what is possible if Jesus were to apply His power. We possess a modicum of faith in Jesus, but often our view of what Jesus can accomplish is often quite small. We imagine that things like congregational growth and spiritual progress are limited by statistical probability and the natural ordering of things.

It’s probably not a wise idea to rank the importance of Jesus’ statements, but I’m guessing that you would agree that this is one of the most profound claims made by Jesus during His earthly ministry.

Jesus declares that He possesses authority over life and death. “Do you believe this?” He asks Martha. Notice that Jesus doesn’t say, “How does that make you feel?” Jesus has promised a most wonderful benefit and then He links the enjoyment of this benefit to belief.

And this question isn’t simply for Martha—this question is for you and for me. Notice how Jesus is not calling for an ambiguous, general, kind of belief from us, but rather He asks quite specifically, “Do you believe this?” . . .

‘Do you believe I am who I say I am, and do you believe that I possess the power to bestow life in the face of death?’

As I trained to be a minister in the early 1990s, the thing I found most difficult was the need for me to regularly deal with death. This difficulty stemmed from my childhood as I struggled to cope with my father’s sudden death as an eleven year-old boy. I don’t know if this will sound strange to you, but I still struggle quite a bit with death. I don’t think death is something a person can easily get used to.

Perhaps you can relate to this. And while I regard death as one of the most difficult aspects of my vocation, I must confess that my eventual response to death is the reason I became a pastor. As a young man, I was awoken from my grief by these very words, “I am the Resurrection and the life; he who believes in Me shall live even if he dies, and everyone who lives and believes in Me shall never die” (John 11:25, 26).

Do you believe this?

To help Martha’s belief, and to help along the faith of those grieving with Martha, Jesus determined to provide a foretaste of the Resurrection. Jesus determined to bring Lazarus, four days in the grave, back from the dead (John 11:39). But before He does that, we see Jesus respond to death in a very human way. The apostle John records that, at the tomb of Lazarus, “Jesus wept” (John 11:35).

There are not enough words on this earth to describe the profundity of that statement.

The second member of the Trinity, the Creator of the Universe, the Saviour of the world—weeping at the grave of a friend. This is the One who has authority over life and death. Jesus knows that in a few minutes Lazarus will be alive again, and yet at the sight of His friend’s dead body, in the midst of a gathering of mourners, Jesus weeps.

As a man, Jesus shares our grief but, as the Son of God, Jesus does not share our limited perspective. As He orders the gravestone removed, Jesus persists in His attempts to expand Martha’s perspective, “‘Did I not say to you, if you believe, you will see the glory of God?’ . . . (And Jesus) cried out with a loud voice, ‘Lazarus, come forth’ (And) he who had died came forth” (John 11:40, 43, 44).

And if we want to strengthen our belief and trust in Jesus, the means are readily available: Pray often to the Lord, and study His Word. These two disciplines are known to foster and strengthen faith in Jesus and His promises. And these two disciplines will help to expand our limited perspective of what Christ is capable of and what He is willing to do.

Jesus shattered Martha’s expectations. Martha’s perspective was confined to the natural and normal ordering of things. Martha’s vision of the future was stunted by her preoccupation of the present.

In addition to strengthening our belief in Jesus Christ, the raising of Lazarus should serve as a powerful reminder that we worship a God “who is able to do abundantly beyond all that we ask or think” (Eph. 3:20).

God is able to do abundantly beyond what we can even ask or think.

God can fill a church building that has not been filled in 50 years.

God can repair a relationship which appears to be coming apart.

God can heal the wounds caused by conflict and betrayal.

God can help us to do things which are beyond our natural abilities.

2 thoughts on “The Power and Compassion of Jesus”