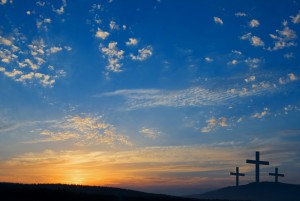 There is a cost for freedom.

On November 11, we set aside time to remember that many gave their lives in order to preserve our national freedom.

Whenever Christians gather at the Lord’s Table we remember that Jesus gave up His life in order to obtain our eternal freedom.

There is a cost for freedom.

You could say that anything worth having, or keeping, comes at a price. There are times when the cost is so high that we term the payment as a sacrifice.

I recently delivered a message, based on Nehemiah 5:1-19, entitled “Sacrificing For The Vision” (audio below). In this message I identify the “sacrifices” made by those charged with rebuilding Jerusalem’s walls. I note the sacrifices that Nehemiah makes, giving up certain allowances and privileges and sharing his resources with those in need.

Indeed, there is a cost to discipleship.

Our role models in this regard are many—Abraham, Moses, Ruth, David, Nehemiah, the early apostles, are just the first that come to mind when I think of those who gave up much in their effort to honour the Lord.

My encouragement to the people of St. Andrew’s Presbyterian Kirk was to prepare themselves to similarly sacrifice for the kingdom of God. I urged them to give time, energy, and resources to help further the Gospel of Christ. In a word, there was a call to sacrifice for the mission.

And yet, part of me blushes to use the word sacrifice. Yes, discipleship is costly, but I think David Livingstone ‘s response to Cambridge University students in 1857 sheds appropriate light for us:

For my own part, I have never ceased to rejoice that God has appointed me to such an office. People talk of the sacrifice I have made in spending so much of my life in Africa. . . . Is that a sacrifice which brings its own blest reward in healthful activity, the consciousness of doing good, peace of mind, and a bright hope of a glorious destiny hereafter? Away with the word in such a view, and with such a thought! It is emphatically no sacrifice. Say rather it is a privilege. Anxiety, sickness, suffering, or danger, now and then, with a foregoing of the common conveniences and charities of this life, may make us pause, and cause the spirit to waver, and the soul to sink; but let this only be for a moment. All these are nothing when compared with the glory which shall be revealed in and for us. I never made a sacrifice.

It takes considerable commitment and effort to walk the narrow road and to promote the Gospel in the face of persecution, but perhaps we need to choose a word other than sacrifice.

What I can safely say is that we need to move beyond half-measures. Or to quote the great hymn writer, Isaac Watts:

Were the whole realm of nature mine,
That were an offering far too small;
Love so amazing, so divine,
Demands my soul, my life, my all.