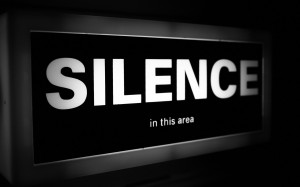 If you have visited this blog in the last year, you would have immediately noticed that I haven’t been posting anything new. My posts went from less frequent in 2011, to intermittent in 2012, to scarce in 2013. In light of the myriad of posts I made between 2008 and 2010, I wrestled with what was behind my reduced passion for posting. Do I make a connection between my diligence in posting and my final years as Pastor of St. Giles Kingsway? And given the immense satisfaction I’ve had with ministry in Nassau, why so few posts? I don’t have a comprehensive answer for the change in my posting patterns. The best answer I can give comes from a single verse from the Book of Ecclesiastes, “There is a time for everything…a time to be silent and a time to speak” (Ecc. 3:7).

For a Pastor who enjoys speaking and writing, I’ve sensed a call in recent years to listen more than I speak, and to read more than I write. Perhaps this is for a season, or perhaps it is a part of God’s transformative plan for me. Time will tell.

Recently, I have felt my passion for writing return, and I’m glad about that. For example, in my sermon prep, instead of labouring to add to my “word count” to make my sermon long enough, I’ve been having to spend considerable time reducing my word count so as to not unduly lengthen Sunday worship! I’ve also had something on my heart, which I want to transmit in a post–a message to my former congregations. From Jan. 1998 to June 2002, I was the Pastor of a 2-point charge, St. Andrew’s PC in Beeton, ON and Fraser PC in Tottenham, ON. From June 2002 to June 2010 I was the Pastor of St. Giles Kingsway PC in Toronto, ON. I think about those ministries often. Later today I intend to write a post entitled, “10 Things I Want To Say To My Former Congregations”. After a season of blog silence, I feel as though it might be time to speak again.